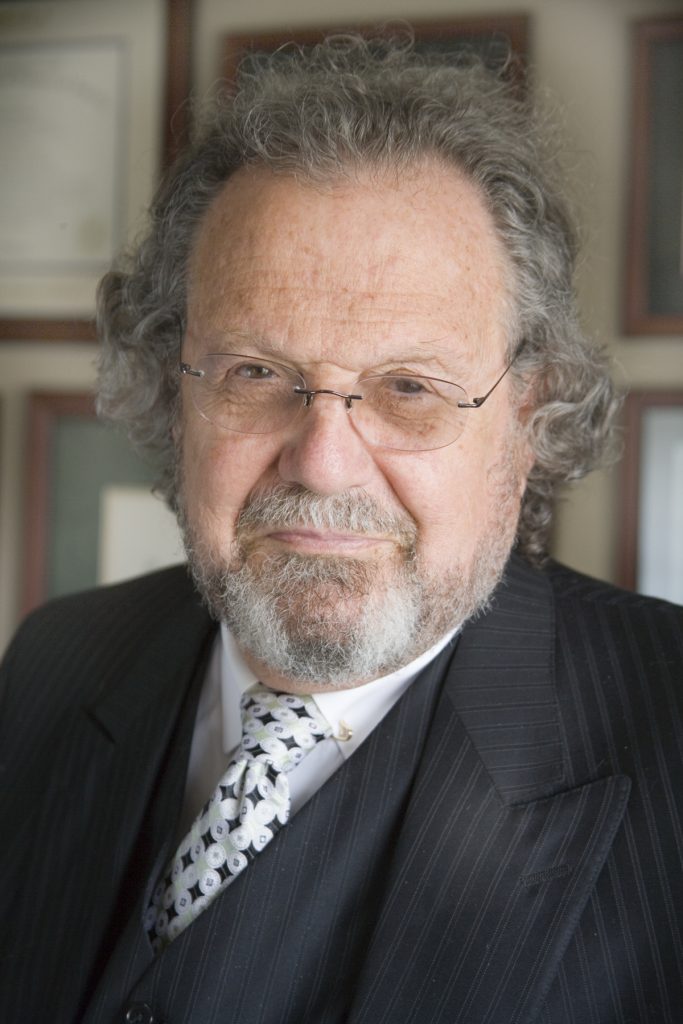 With over forty years of experience, Attorney Richard Joseph Corriveau is a preeminent Michigan lawyer known for his knowledgeable and personalized representation. Based in Northville, Mr. Corriveau owns Richard J. Corriveau Law, P.C. and serves as Of Counsel with Corriveau Law, P.C. where he focuses his practice on plaintiff’s personal injury cases as an expert in traumatic brain injuries and P.T.S.D., employment law, family law, and police misconduct among other legal matters. Mr. Corriveau also accepts referrals from prominent Detroit area law firms.

For his industry-leading representation, Mr. Corriveau has been named among the 10 Best in Client Satisfaction by the American Institute of Family Law Attorneys™ since 2013 and as one of the top 100 trial attorneys since 2012 by The National Trial

Though today he is a renowned South East Metro-Detroit attorney, Mr. Corriveau’s journey followed a circuitous route. After finishing his military service in the artillery in the United States Army, he earned an A.A. from Henry Ford Community College in general studies and a B.A. in English and Biology from Michigan State University as well as an Education Certification. He went on to obtain an M.A. in Psychology from the University of Michigan. As he recalls, Mr. Corriveau was pursuing a doctorate degree when he was inspired to shift his focus to law:

“I was teaching at the high school level while pursuing a doctorate degree at the University of Michigan. At the same time, there was a great social revolution happening in America and I wanted to be a part of it. The best way I knew how was to use my skills to be a force for good in the legal system. I worked at the Urban Law Clinic in law school and assisted other veterans suffering from PTSD.”

Eager to be a part of the change he was seeing all around him, Mr. Corriveau earned his Juris Doctor from the University of Detroit in 1975. After passing the Michigan Bar in 1976, he first practiced personal injury defense for the Automobile Club of Michigan, now known as AAA, then served as a Senior Trial Attorney in the areas of workers’ compensation and civil rights for Ford Motor Company. He was also the Chief Trial Attorney with Shively, McCluskey, Corriveau and Gardner, P.C. and subsequently formed Corriveau & Associates, P.C. as well as Neighborhood Legal Services, P.C. before forming The Corriveau Law Group, P.C. and, most importantly, leveraged his extensive trial experience for the benefit of his diverse clientele.

Today, alongside his son Joseph Patrick Corriveau, who owns the separate firm of The Corriveau Law Firm. P.C., Richard Joseph Corriveau provides his clients with superior representation and the personal attention that only a small firm can offer. He has rejected numerous offers to join larger firms. From family law and domestic abuse to employment law, personal injury, police brutality and even criminal law, Mr. Corriveau creates individualized plans to suit the specific needs of each case, offering superior representation to clients and their families. His eldest son, Joseph Corriveau, specializes in wills and trusts.

Aside from his formidable litigation skills and attentive client care, Mr. Corriveau’s education in both psychology and anatomy gives him a unique advantage in understanding the medical issues at the heart of his personal injury cases, and his years of experience as a teacher ensure that he is able to communicate these concepts to juries in a way that is both easily comprehensible and persuasive. Additionally, Mr. Corriveau maintains a network of outside professionals which allows him to draw upon a wealth of expertise beyond the firm’s attorneys’ individual experience.

An active constituent of his legal community, Mr. Corriveau is a member of several professional organizations, including the Metropolitan Bar Association and Oakland County Bar Association, the National Trial Lawyers Association, and even the American Psychological Association. His involvement with these associations helps him to stay on top of the latest developments in his areas of practice. He has successfully resolved cases for multiple millions of dollars for his clients. In particular, he notes that he is currently paying attention to the evolution of the practice of law into the flood of technology utilized by the Courts and Law Firms. However, Mr. Corriveau insists on a personalized approach with each client. When you retain Mr. Corriveau, you do not get transferred to a subordinate who does the actual work behind closed doors.

After more than four decades dedicated to law, Mr. Corriveau has no intentions of resting on his laurels. Looking to the future, he plans to continue doing what he does best which is helping individuals and families! Over the years, Mr. Corriveau has never forgotten the reason he went into law in the first place: social change. Today, he seeks out opportunities to represent clients in social justice cases, including police brutality, which continues to be a significant issue nationwide.

Outside of his practice, Mr. Corriveau enjoys spending as much time as he can with his family. As a sports fanatic and a member of the Sports Hall of Fame at Detroit Catholic Central, he also loves watching his grandchildren play everything from hockey, swimming, baseball, basketball, lacrosse as well as others.